On the 1st October, eight students from Year 10 English classes travelled to London to participate in a Shakespeare trip as part of the Hexham and Newcastle Catholic Partnership. The students had a tour of the Victoria and Albert Museum and participated in workshops on Shakespeare’s life and texts in performance.

In the afternoon, students watched a performance of Henry V by renowned all-male theatre company, Propeller. The performance was high-energy and portrayed violence and war in a modern context. The cast and director answered students’ questions after the performance. Students then ended the day with a further look around the V&A galleries and a visit to the nearby National Science Museum.

The trip was a huge success with students inspired by the professional actors and a fresh perspective on how Shakespeare’s work is relevant today.

‘I enjoyed the performance. It was really interesting to see how the small group of men played such a range of roles – including the females.’

‘The fashion and theatre costume display at the V&A was AMAZING!’

‘The men playing women in Henry V were hilarious. I didn’t like travelling on the packed tube, but it was a wonderful day!’

"Students say they feel very safe in school... Christian values permeate the school’s work, resulting in the students’ sensitivity to the needs of others. Working relationships between students and with staff are excellent, as are the facilities for learning." 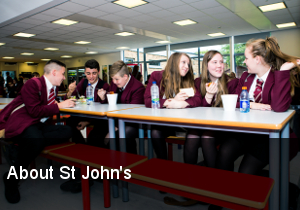 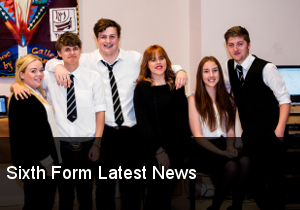