Another year's committed fundraising culminated in Project Peru 2010 in which a group of 25 Sixth Form students and 5 staff joined Joe Plumb to work in some of the most deprived areas of Lima's shanty towns.

In June 2009 a group of 30 Sixth Form students and staff from St John's Catholic School & Sixth Form Centre went out to work for two weeks in one of the shanty towns of Lima, capital of Peru.

The money raised for Project Peru 2009 was used to completely rebuild and equip a food kitchen which serves over 100 adults and children living in extreme poverty in an area called Raucana.

In June 2009 a group of 25 students and 5 staff will go out to work in one of the shanty towns on the outskirts of Lima. Through the project we will join with one of the local communities to refurbish a food kitchen which provides meals for 90 children and up to 20 elderly people each day. Without this facility these people would go hungry. We have also established a link with a school in one of the shanty towns. 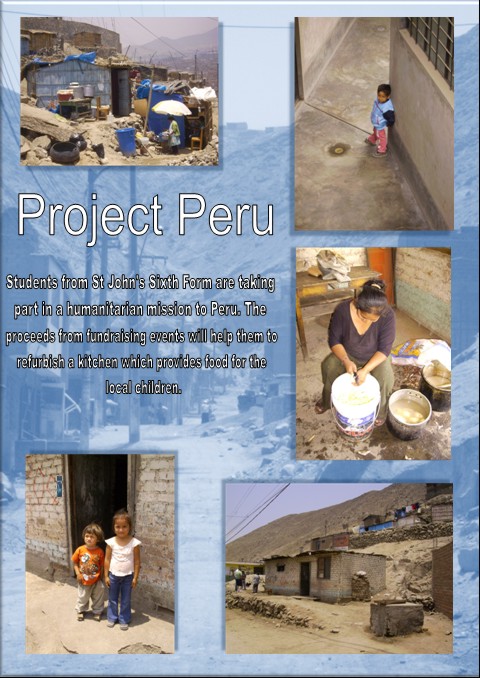